Why modern life is making dementia in your 40s more likely

By "background radiation" the authors are seemingly referring to "background electromagnetic radiation" which has increased exponentially in the past three decades.

Why modern life is making dementia in your 40s more likely

Colin Pritchard
From background radiation to chemicals in the food chain, environmental changes are contributing to a rapid global rise in neurological disease
Friday 7 August 2015 07.47 EDT 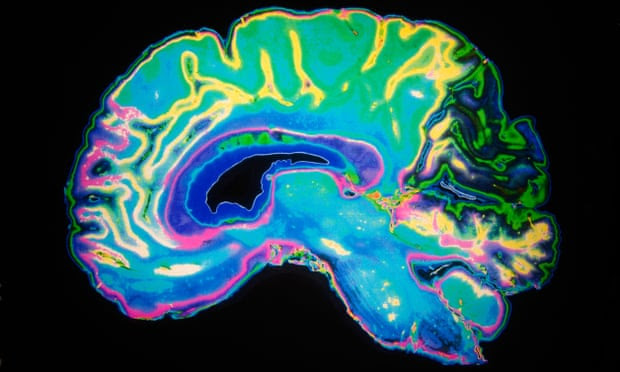 My interest in neurological disease was triggered by a second friend dying of motor neurone disease (MND), which in purely statistical terms was exceptional. It is suggested there is an incidence of about one in 50,000 who are affected by MND and most die. No one knows 50,000 people, so was it a statistical fluke?
This raised the question of whether there were increases not only in MND, but in neurological disorders as a whole, including the dementias. Using World Health Organisation mortality data, which – while not perfect – is the best information available as it is collated in a standard and uniform way, myself and colleagues at the faculty of health and social sciences at Bournemouth University set out to investigate this.
Our first study, focusing on the changing pattern of neurological deaths from 1979 up to 1997, found that dementias were starting 10 years earlier – affecting more people in their 40s and 50s – and that there was a noticeable increase in neurological deaths in people up to the age of 74. In a follow-up study, taking us to 2010 and across 21 western countries, these increases were confirmed.
The results were controversial. As one newspaper headline reported: “Modern living leads to brain disease”, which in a somewhat simplistic way reflected what our research uncovered about the impact of the changing environment in which we live on our neurological health.
This latest neurological study, published in the USA, found that there are more people with neurological disease than ever before. Deaths of men over 75 have nearly trebled in 20 years and deaths of women have increased more than five-fold. For the first time since records began, more US women over 75 are dying of brain disease than cancer.
In the other 20 western countries, most have doubled their neurological deaths and seven countries trebled their neurological toll. It might be argued that, as people live longer, they develop diseases that they previously did not live long enough to develop. While there is some truth in this, the speed and size of the increases in just 20 years points to mainly environmental influences.
What might these environmental features be? In the past 20 years, we have quadrupled our road and air transport, with the inevitable increases in air pollution exposing us to a range of noxious substances; our background radiation has increased with the use of technological devices; there are organophosphates in our food chain. We need to recognise the interactive relationship between these minor irritants that collectively affect human health. We are beginning to acknowledge the human impact on the natural world, but forget that we are part of the natural world, too. The evidence for this lies in a number of clinical studies from across the developed world, showing associations with a range of petrochemical radiation, heavy metals and so on.
However, all these statistics hide the fact that the numbers are about human lives. Not just the patient, but also their families trying to cope with early onset dementia in a loved one, or watching a neuro-degenerative disease destroy a life before their eyes. Perhaps the most stark evidence of changes in the UK is the need for a new charity – Young Dementia UK – whose clients are in their 40s and 50s, while the Parkinson’s Disease Society now has a young PDS section. The speed of all these changes is making extra demands on both medical and social care, and the way we are set up to deal with this, which was barely adequate 20 years ago, is being completely overwhelmed.
What does this mean to the patient and their family? A partner will say: “I am living with a stranger, he has not known me for 10 years and the man I married died years ago, only this stranger remains.” What can be done? A possible answer lies in what governments did regarding road deaths. In 1970, there were 7,500 fatalities in the UK; by 2010, they were down to 2,220 because the governments recognised the problem and acted. We need to recognise that these results are not a statistical artefact, but a warning.
http://www.theguardian.com/commentisfree/2015/aug/07/modern-life-dementia-40s-neurological-disease