The report “Wi-Fi – A Thalidomide in the Making. Who Cares?” by Barrie Trower makes it clear that exposure to radiation from wireless technology will cause DNA damage, including damage to the mitochondrial DNA that is irreparable and will transmit to all future progeny of affected females.   In a mouse study, “RF Radiation–Induced Changes in the Prenatal Development of Mice” (http://avaate.org/IMG/pdf/magras_mice_study.pdf), six months of real-life ambient exposure to a medley of radiation sources at levels well below those allowed by FCC RF limits resulted in total sterility, which did not reverse.  It would be expected to take longer in humans, however this finding supports the urgency of the points Mr. Trower makes in his report which can be found at http://www.electricalpollution.com/documents/WiFiAThalidomideInTheMakingWhoCares.pdf.

Thus, there is NO possible way that the FCC can both promote wireless technology and protect the public health and safety, as directed by the House Committee on Commerce in H.R. Report No. 104-204, p. 94.

The FCC is obligated by the directive in H.R. Report No. 104-204, p. 94 to inform Congress it is impossible to both promote wireless and protect the public health and safety since it is now clear that wireless technology has the potential to compromise the genetic integrity of individuals for all future generations.  Continued promotion of wireless technology in spite of that and the following evidence:

would not only violate the directive in H.R. Report No. 104-204, p. 94 which said it was the Commission's responsibility to adopt uniform RF regulations "with adequate safeguards of the public health and safety" and the principles of public health protection, but also be in direct violation of the entire Nuremberg Code of Ethics (http://www.hhs.gov/ohrp/archive/nurcode.html).

Prior to approval of wireless technology for civilian use, it is clear from “Wi-Fi – A Thalidomide in the Making. Who Cares?” that it was already known that there were bio-effects from exposure to pulsed microwave radiation that were separate from tissue heating and it is clear from Cellular Telephone Russian Roulette: A Historical and Scientific Perspective (http://microondes.files.wordpress.com/2010/03/robert_c_kane_cellular_telephone_russian_roulette.pdf) that extensive scientific literature existed showing that harmful tissue heating could occur extremely quickly and locally at levels well below those allowed by the ICNIRP and IEEE limits and also that ample evidence existed of disabling effects on organisms when chronically exposed to RF radiation.

Reasonable people with full access to the data could and did think a dangerous situation was being created by 1984, see “Biological Effects of Radiofrequency Radiation” (EPA 600/8-83-026F, 1984) (http://nepis.epa.gov/Exe/ZyPURL.cgi?Dockey=300065H1.txt) and then again prior to the passage of the 1996 Telecommunications Act (http://www.emrpolicy.org/litigation/case_law/docs/epa_to_fcc_3nov_93.pdf).  In spite of this, no biologically protective safety limits were implemented to protect citizens during daily life.

It violates the Nuremberg Code of Ethics to experiment on non-consenting people who cannot stop the experiment, especially when harm can reasonably be expected to result.  That is exactly what has happened and is happening.  The fact that those reasonable expectations have been fulfilled can be seen in The BioInitiative Reports and in many of the documents submitted for consideration within these FCC dockets (ET Docket No. 13-84, and ET Docket No. 03-137).

Industry continues to generate uncertainty, in spite of the numerous well-designed studies showing harm, and continues to call for additional studies instead of action.  Results of the society-wide human experiment continue to roll in which demonstrate the harmfulness of the technology.  A small sample of these studies are below:

Indeed, in light of evidence that harm could be expected from its use and exposure is involuntary in many cases, there has been a violation of the entire Nuremberg Code of Ethics since RF technology was approved for civilian use without biologically-meaningful RF safety limits in place, specifically “1. The voluntary consent of the human subject is absolutely essential ...” and “9. During the course of the experiment, the human subject should be at liberty to bring the experiment to an end...”.  Millions of people are being exposed to a dangerous toxin in an open-ended non-consenting experiment which they cannot bring to an end and over which they have no control.

Performing additional studies without immediate action to put protective safety limits in place based on the array of existing studies showing harm, only continues the massive violation of human rights.

The fact that any new microwave-based technology might be safer is no excuse to contend that this open-ended non-consenting experiment should continue.  Any new possibly safer technology should be studied in double-blind placebo controlled medical-style laboratory safety studies using approved protocols carefully designed to detect health effects before being allowed to undergo controlled consenting medical-style human studies.  The track record of previous microwave-based (wireless) technology and the Nuremberg Code of Ethics demands it!

Therefore, the FCC is obligated by H.R. Report No. 104-204, p. 94, by the principles of public health protection, and by the Nuremberg Code of Ethics to immediately place a moratorium on additional spectrum sales, antenna installations, transmitting utility meter installations, new wireless technologies, and sales of wireless devices, while notifying Congress, The Environmental Protection Agency, The Center for Disease Control, The National Institute of Health, and The U.S. Department of Health and Human Services of the serious health hazard posed by wireless technology and seeking their professional support in developing RF safety limits that truly protect the public health from biological harm.   If further experiments are needed, they should be done immediately using approved medical-style protocols, not using the entire population in an inescapable uncontrolled study done without consent.
If the FCC would like to argue that this is not an experiment because data collection is not consistent enough and negative outcomes were expected or known, then population-wide exposure to this toxin is still either “inhuman treatment” or “torture,” both of which are human rights violations.  Money is not a justifiable reason to expose an entire population to a potentially lethal agent that can be reasonably expected to isolate and disable many, impairing their ability to reach their full potential and live their life fully and freely.

Protecting my health and that of others by using a hardwired computer in a low RF environment.  For more information, see www.electricalpollution.com
Posted by EMF Refugee at Saturday, July 02, 2016 No comments: Links to this post

Posted by EMF Refugee at Friday, July 01, 2016 No comments: Links to this post

Last year the High Court ruled against a cellphone tower in the Strawberry Lane area but MTN will be appealing this. A date for the High Court Appeal hasn’t been set yet, but we expect it to take place later this year in Bloemfontein.

Letters couriered to MTN’s executive management in March requested that in the interim they at least turn off the mast based on the vigorous objection by the community. This request was refused.

We are now escalating publicity around this important court case which has far-reaching implication for numerous other masts approved as “temporary” structures in Cape Town.

Posted by EMF Refugee at Wednesday, June 29, 2016 No comments: Links to this post

We don't need no .edu 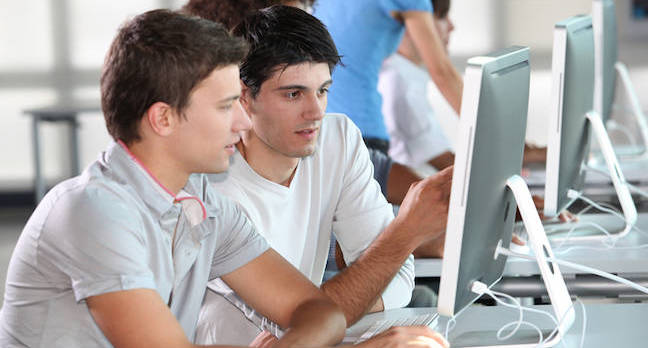 9
12 May 2016 at 15:16, Alexander J Martin
Students who have access to computer devices in the classroom do significantly worse than colleagues without them, a study has found.
In a study by MIT's School Effectiveness & Inequality Initiative, titled The Impact of Computer Usage on Academic Performance: Evidence from a Randomized Trial at the United States Military Academy, students whose classroom access to computer devices was prohibited performed better in exams.
726 undergraduates studying an introductory economics course at the United States Military Academy were randomly separated into three groups.
A control group was prohibited from using any laptops or tablets, another had access to tablets which were required to be flat on the table at all times, while the third was free to use tablets and laptops.
The researchers found that "permitting computers or laptops in a classroom lowers overall exam grades by around one-fifth of a standard deviation."
The reasons for this were unclear, however, as a number of factors could potentially contribute to the lower scores, including the ease at which students could be distracted by surfing the internet, lowered note-taking skills, and changes in the teacher's behaviour when interacting with students on a computer.


We want to be clear that we cannot relate our results to a class where the laptop or tablet is used deliberately in classroom instruction, as these exercises may boost a student’s ability to retain the material . Rather, our results relate only to classes where students have the option to use computer devices to take notes.We further cannot test whether the laptop or ta blet leads to worse note taking, whether the increased availability of distractions for computer users (email, facebook, twitter, news, other classes, etc.) leads to lower grades , or whether professors teach differently when students are on their computers.

They conclude: "Given the magnitude of our results , and the increasing emphasis of using technology in the classroom, additional research aimed at distinguishing between these channels is clearly warranted." ®
Tips and corrections
38 Comments

Posted by EMF Refugee at Tuesday, June 28, 2016 No comments: Links to this post

Posted by EMF Refugee at Monday, June 27, 2016 No comments: Links to this post

Canadian Teacher, Forced out by Wi-Fi, Goes on Warpath

Posted by EMF Refugee at Monday, June 27, 2016 No comments: Links to this post

Posted by EMF Refugee at Sunday, June 26, 2016 No comments: Links to this post