Warning: Your Cell Phone May Be Hazardous to Your Health

Warning:
Your Cell Phone May Be Hazardous to Your Health

Ever worry that that gadget you spend hours holding next to your head might be damaging your brain? Well, the evidence is starting to pour in, and it's not pretty. So why isn't anyone in America doing anything about it? 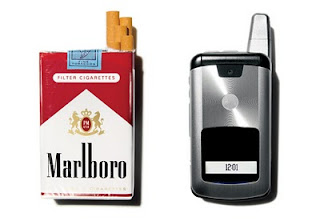 
Earlier this winter, I met an investment banker who was diagnosed with a brain tumor five years ago. He's a managing director at a top Wall Street firm, and I was put in touch with him through a colleague who knew I was writing a story about the potential dangers of cell-phone radiation. He agreed to talk with me only if his name wasn't used, so I'll call him Jim. He explained that the tumor was located just behind his right ear and was not immediately fatal—the five-year survival rate is about 70 percent. He was 35 years old at the time of his diagnosis and immediately suspected it was the result of his intense cell-phone usage. "Not for nothing," he said, "but in investment banking we've been using cell phones since 1992, back when they were the Gordon-Gekko-on-the-beach kind of phone." When Jim asked his neurosurgeon, who was on the staff of a major medical center in Manhattan, about the possibility of a cell-phone-induced tumor, the doctor responded that in fact he was seeing more and more of such cases—young, relatively healthy businessmen who had long used their phones obsessively. He said he believed the industry had discredited studies showing there is a risk from cell phones. "I got a sense that he was pissed off," Jim told me. A handful of Jim's colleagues had already died from brain cancer; the more reports he encountered of young finance guys developing tumors, the more certain he felt that it wasn't a coincidence. "I knew four or five people just at my firm who got tumors," Jim says. "Each time, people ask the question. I hear it in the hallways."

It's hard to talk about the dangers of cell-phone radiation without sounding like a conspiracy theorist. This is especially true in the United States, where non-industry-funded studies are rare, where legislation protecting the wireless industry from legal challenges has long been in place, and where our lives have been so thoroughly integrated with wireless technology that to suggest it might be a problem—maybe, eventually, a very big public-health problem—is like saying our shoes might be killing us.

Except our shoes don't send microwaves directly into our brains. And cell phones do—a fact that has increasingly alarmed the rest of the world. Consider, for instance, the following headlines that have appeared in highly reputable international newspapers and journals over the past few years. From summer 2006, in the Hamburg Morgenpost: are we telephoning ourselves to death? That fall, in the Danish journal Dagens Medicin: mobile phones affect the brain's metabolism. December 2007, from Agence France-Presse: israeli study says regular mobile use increases tumour risk. January 2008, in London's Independent: mobile phone radiation wrecks your sleep. September 2008, in Australia's The Age: scientists warn of mobile phone cancer risk.

Though the scientific debate is heated and far from resolved, there are multiple reports, mostly out of Europe's premier research institutions, of cell-phone and PDA use being linked to "brain aging," brain damage, early-onset Alz­heimer's, senility, DNA damage, and even sperm die-offs (many men, after all, keep their cell phones in their pants pockets or attached at the hip). In September 2007, the European Union's environmental watchdog, the European Environment Agency, warned that cell-phone technology "could lead to a health crisis similar to those caused by asbestos, smoking, and lead in petrol."

Perhaps most worrisome, though, are the preliminary results of the multinational Interphone study sponsored by the International Agency for Research on Cancer, in Lyon, France. (Scientists from thirteen countries took part in the study, the United States conspicuously not among them.) Interphone researchers reported in 2008 that after a decade of cell-phone use, the chance of getting a brain tumor—specifically on the side of the head where you use the phone—goes up as much as 40 percent for adults. Interphone researchers in Israel have found that cell phones can cause tumors of the parotid gland (the salivary gland in the cheek), and an independent study in Sweden last year concluded that people who started using a cell phone before the age of 20 were five times as likely to develop a brain tumor. Another Interphone study reported a nearly 300 percent increased risk of acoustic neuroma, a tumor of the acoustic nerve.

As more results of the Interphone study trickled out, I called Louis Slesin, who has a doctorate in environmental policy from MIT and in 1980 founded an investigative newsletter called Microwave News. "No one in this country cared!" Slesin said of the findings. "It wasn't news!" He suggested that much of the comfort of our modern lives depends on not caring, on refusing to recognize the dangers of microwave radiation. "We love our cell phones. The paradigm that there's no danger here is part of a worldview that had to be put into place," he said. "Americans are not asking the questions, maybe because they don't want the answers. So what will it take?"

To understand how radiation from cell phones and wireless transmitters affects the human brain, and to get some sense of why the concerns raised in so many studies outside the U.S. are not being seriously raised here, it's necessary to go back fifty years, long before the advent of the cell phone, to the research of a young neuroscientist named Allan Frey.

http://www.gq.com/cars-gear/gear-and-gadgets/201002/warning-cell-phone-radiation#ixzz0n7bkSznh
Posted by EMF Refugee at Wednesday, May 05, 2010 No comments: Links to this post