Here we go again! Remember RMIT in Melbourne? And who is this so-called expert? Brain tumors are rare in children? Brain tumors are now the leading cause of death in children surpassing leukemia in 2002. And I don't think it is just better diagnostics as the cell-phone-funded American Cancer Society is saying. How many more people will have to get brain tumors here before wake up to the fact that we are being deceived about the dangers of this microwave radiation enveloping the planet? Vodaphone is a criminal organization and the scientists they are paying off to tell us of cell-phone safety are prostitutes in white smocks. The governments that are allowing this need to be fired and prosecuted for mass negligence. Period!!!
Origin: www.next-up.org

FOUR pupils from a school surrounded by 15 mobile phone masts have been struck down by brain cancer.

Two current primary kids under 11 and two former students, aged 14 and 21, have been diagnosed with tumours.

And a child from another school nearby has DIED from brain cancer. All are thought to be male. 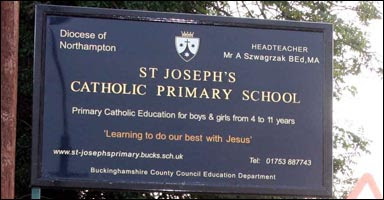 Parents fear it could be Britain’s first example of a link between multiple cancer victims — a cluster — and mobile masts.

The local Director of Public Health is now investigating

The boy who died, thought to be under 16, attended Thorpe House Independent School in Gerrards Cross.

It shares a playing field with the Catholic school. 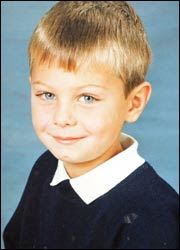 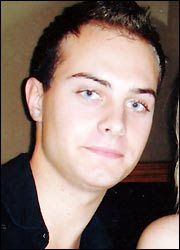 His mum Angie Richards, of Chalfont St Peter, said: “It is terminal. Miracles can happen and I’m praying for one.

“You hear so much about tumours being linked to masts, I want the truth. Other children might also have tumours.”

Vodafone, responsible for two masts south of St Joseph’s, quoted new findings saying it was “highly unlikely” the weak signals given off could affect health.

However expert Leeds University Prof Patricia McKinney said: “It’s an unusual cluster. “Tumours are very rare in children. But it must be remembered the dose from a mast is lower than what you get from a handset.”

The Government is believed to have earned £22billion from selling mast licences.

Earlier this week a global study showed using a mobile for more than ten years increases the risk of a brain tumour.
Posted by EMF Refugee at Saturday, October 13, 2007 3 comments: