"WiFi and Wireless Technologies - On Our Watch"

"WiFi and Wireless Technologies - On Our Watch"

Rethinking Our ‘Rights’ to Dangerous Behaviors

Rethinking Our ‘Rights’ to Dangerous Behaviors 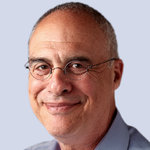 In the last few years, it’s become increasingly clear that food companies engineer hyperprocessed foods in ways precisely geared to most appeal to our tastes. This technologically advanced engineering is done, of course, with the goal of maximizing profits, regardless of the effects of the resulting foods on consumer health, natural resources, the environment or anything else.

But the issues go way beyond food, as the City University of New York professor Nicholas Freudenberg discusses in his new book, “Lethal but Legal: Corporations, Consumption, and Protecting Public Health.” Freudenberg’s case is that the food industry is but one example of the threat to public health posed by what he calls “the corporate consumption complex,” an alliance of corporations, banks, marketers and others that essentially promote and benefit from unhealthy lifestyles.

It sounds creepy; it is creepy. But it’s also plain to see. Yes, it’s unlikely there’s a cabal that sits down and asks, “How can we kill more kids tomorrow?” But Freudenberg details how six industries — food and beverage, tobacco, alcohol, firearms, pharmaceutical and automotive — use pretty much the same playbook to defend the sales of health-threatening products. This playbook, largely developed by the tobacco industry, disregards human health and poses greater threats to our existence than any communicable disease you can name.

All of these industries work hard to defend our “right” — to smoke, feed our children junk, carry handguns and so on — as matters of choice, freedom and responsibility. Their unified line is that anything that restricts those “rights” is un-American.

Yet each industry, as it (mostly) legally can, designs products that are difficult to resist and sometimes addictive. This may be obvious, if only in retrospect: The food industry has created combinations that most appeal to our brains’ instinctual and learned responses, although we were eating those foods long before we realized that. It may be hidden (and borderline illegal), as when tobacco companies upped the nicotine quotient of tobacco. Sometimes, as Freudenberg points out, the appeals may be subtle: Knowing full well that S.U.V.’s were less safe and more environmentally damaging than standard cars, manufacturers nevertheless marketed them as safer, appealing to our “unconscious ‘reptilian instincts’ for survival and reproduction and to advertise S.U.V.’s as both protection against crime and unsafe drivers and as a means to escape from civilization.”

The problems are clear, but grouping these industries gives us a better way to look at the struggle of consumers, of ordinary people, to regain the upper hand. The issues of auto and gun safety, of drug, alcohol and tobacco addiction, and of hyperconsumption of unhealthy food are not as distinct as we’ve long believed; really, they’re quite similar. For example, the argument for protecting people against marketers of junk food relies in part on the fact that antismoking regulations and seatbelt laws were initially attacked as robbing us of choice; now we know they’re lifesavers.

Thus the most novel and interesting parts of Freudenberg’s book are those that rephrase the discussion of rights and choice, because we need more than seatbelt and antismoking laws, more than a few policies nudging people toward better health. Until now (and, sadly, perhaps well into the future), corporations have been both more nimble and more flush with cash than the public health arms of government. “What we need,” Freudenberg said to me, “is to return to the public sector the right to set health policy and to limit corporations’ freedom to profit at the expense of public health.”

Redefining the argument may help us find strategies that can actually bring about change. The turning point in the tobacco wars was when the question changed from the industry’s — “Do people have the right to smoke?” — to that of public health: “Do people have the right to breathe clean air?” Note that both questions are legitimate, but if you address the first (to which the answer is of course “yes”) without asking the second (to which the answer is of course also “yes”) you miss an opportunity to convert the answer from one that leads to greater industry profits to one that has literally cut smoking rates in half.

Similarly, we need to be asking not “Do junk food companies have the right to market to children?” but “Do children have the right to a healthy diet?” (In Mexico, the second question has been answered positively. Shamefully, we have yet to take that step.) The question is not only, “Do we have a right to bear arms?” but also “Do we have the right to be safe in our streets and schools?” In short, says Freudenberg: “The right to be healthy trumps the right of corporations to promote choices that lead to premature death and preventable illnesses. Protecting public health is a fundamental government responsibility; a decent society should not allow food companies to convince children to buy food that’s bad for them or to encourage a lifetime of unhealthy eating.”

Oddly, these are radical notions. But aren’t they less “un-American” than allowing a company to maximize its return on investment by looking to sell to children or healthy adults in ways that will cause premature mortality? As Freudenberg says, “Shouldn’t science and technology be used to improve human well-being, not to advance business goals that harm health?” Two other questions that can be answered “yes.”

http://www.nytimes.com/2014/02/26/opinion/bittman-rethinking-our-rights-to-dangerous-behaviors.html?_r=0
Posted by EMF Refugee at Tuesday, February 25, 2014 No comments:

The Kennisplatform Elektromagnetische velden, a Dutch forum on sharing expertise over electromagnetic fields, has issued a memo with tips on dealing with electromagnetic radiation from wireless equipment. Certified equipment meets the current norms and radiation limits and is considered safe according to the latest scientific research. The memo provides advice for those who want more protection than the current standards and to limit their exposure. The primary recommendation is to increase distance from the radiation source. The Kennisplatform is a cooperation of RIVM, TNO, KEMA, ZonMW, Agentschap Telecom and Antennebureau, GGD Nederland and the Gezondheidsraad.
http://www.telecompaper.com/news/dutch-forum-offers-advice-on-reducing-wireless-exposure--998060
Posted by EMF Refugee at Monday, February 24, 2014 No comments: