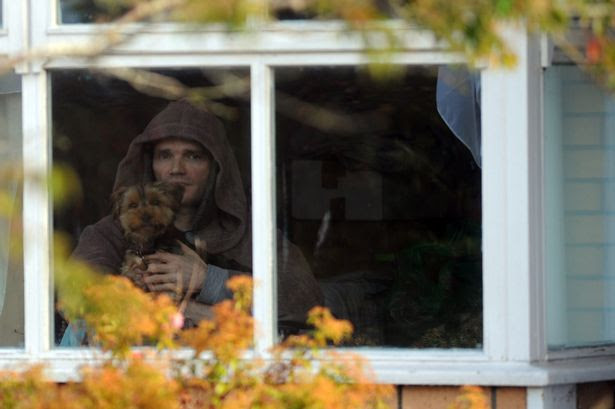 Peter Lloyd cannot be near anything electrical


He can’t use mains electricity for heating or lighting and washes with water heated on a gas cooker.

He has no electric gadgets, cannot watch TV, listen to a CD, access the internet or use a telephone.

Visitors have to leave mobile phones and watches outside because they would cause a severe reaction.

And he is unable to go out because of the likelihood of encountering someone with a mobile phone, a passing car, a power drill or a wifi zone.

These extraordinary living conditions are because Peter Lloyd, 42, suffers from a rare and cruel condition called electromagnetic hypersensitivity.

In pictures: How Peter Lloyd lives: 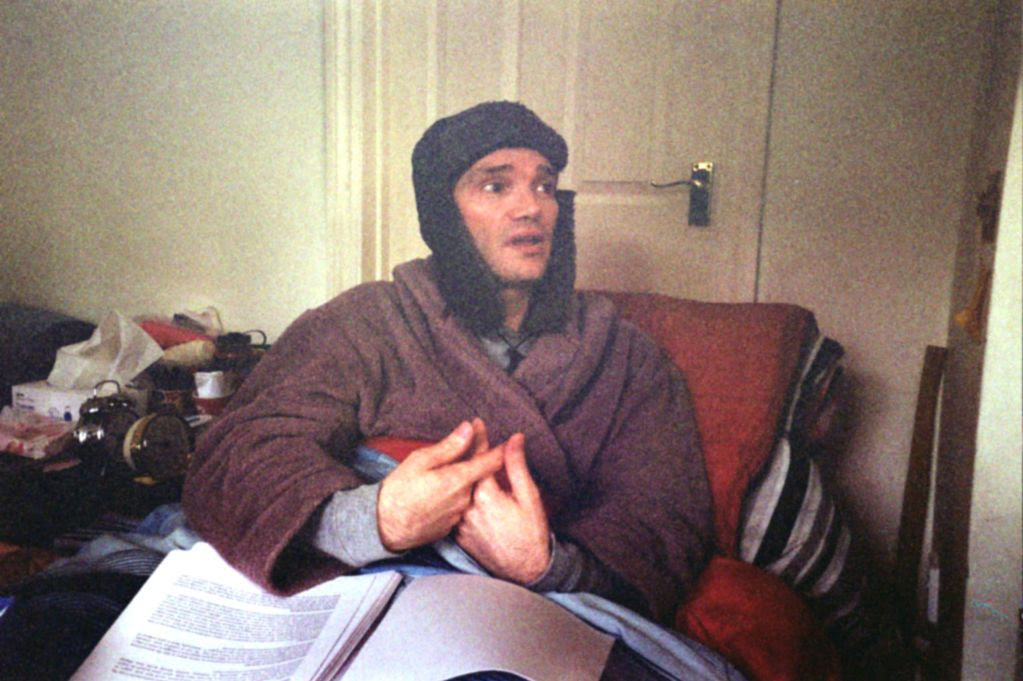 In his case, it has progressed to the unbearable point where he is confined to a reclining sofa in his kitchen, unable to walk.

The 42-year-old man living on the outskirts of Cardiff now says he wants to be rehoused in an isolated wooden hut because he suffers serious pain whenever he comes into contact with electricity.

When Mr Lloyd moved to his current home in St Fagans in 2009, he had to be wheeled up the Taff Trail at night to minimise the chance of contact with electricity sources.
To pass the time, he reads around 100 books a year by the light of organic candles when it gets dark.

When we went to photograph Mr Lloyd, we couldn’t take an electronic camera near him.
We bought a disposable camera from a supermarket in order to be able to photograph him.

But we had to capture video footage, which features his dog Iggy Pop, from the other side of the road.

At present, Mr Lloyd is suffering from extra stress because next Tuesday he is due to be evicted from his home.

His landlady, who lives in London, is unhappy that the house isn’t being heated and has got a possession order against him.

So far, Cardiff council, which will have a legal responsibility to rehouse him, has not come up with an offer of accommodation he and his lawyers and medical advisers regard as suitable.

He is likely to end up in hospital – an outcome that fills him with dread because of the severe ill-effects he knows he will suffer from proximity to medical machines.

An articulate and intelligent man who worked as a personal fitness and nutrition trainer before he became too ill, Mr Lloyd said: “I first began to experience what I now know were early symptoms when I was in my mid twenties. I would get a foggy feeling in the head after looking at a computer screen, and had an inability to think straight. I had difficulty in talking – what I called ‘thought block’.

“One day I remember being in the St David’s Centre in Cardiff and messing up six cheques at a nutrition shop.

“I had an early brick-type mobile phone linked to a network called GSM that affected me.
“As time went on I realised I was becoming sensitised to more and different frequencies and devices. My natural reaction was to believe I could cope, but the situation just got worse. I would get intense headaches in the front of my head.”

As a keen reader, he regularly looked at magazines like New Scientist and Scientific American.

“I came across some articles that described my symptoms and I found out as much as I could about electromagnetic hypersensitivity,” he said.

After a three-year spell living in Spain, Mr Lloyd returned to Cardiff, where he eventually lost the ability to walk.

He is supported by his brother, Stephen, who together with Cardiff West MP Kevin Brennan has been helping his campaign to be rehoused in a purpose-built hut in an isolated location.

We have seen a medical report that confirms Mr Lloyd’s diagnosis.

Cardiff council said it did not discuss individual cases.

As early as the 1930s, however, EHS symptoms were observed in people working with radio and electricity, and with military radar in the 1940s.

Environmental EHS appeared in the general population from the 1970s with computers.
It increased in the 1980s with mobile and cordless phones, and with wifi from 2000.
Thousands of people are now linked with EHS support groups in 30 countries.

Sweden recognised EHS as a functional disability in 2002. The Canadian Human Rights Commission did likewise in 2007.

In 2009, the European Parliament voted for persons with EHS to be recognised as disabled.
Despite having official recognition, many doctors still know little or nothing about the condition.

Peter Lloyd has an extreme form of it.