Smart meters: an IT disaster waiting to happen?

Smart meters: an IT disaster waiting to happen?

Everything has to be prefixed with the word “smart” these days – smart phones, smart cities, smart meters – when really what is meant by the word is that something is not necessarily better, or smarter, but just connected.
Often, the word is also used as spin to deflect attention from the fact that what has been decided is anything other than smart, and nowhere is that more true than in the impending smart meter rollout across the UK.
Telecoms veteran Nick Hunn, the director of WiFore Consulting, describes the system cooked up between the utilities and metering industries as “fiendishly complicated”. He warns: “Too many cooks have ratcheted up the technical complexity to the point where it is no longer fit for purpose. As a result, it’s lining up to be the next major government IT disaster.”
Illusory savings
Minister of state for energy and climate change, Charles Hendry, has said that even though the rollout will cost an estimated £11.3bn – all coming out of consumers’ four-figure energy bills – the technology will help them to achieve some £18bn in savings, albeit over the next 20 years.
But these purported savings do not add up, says Hunn. The major savings attributable around the world to smart metering so far have come in countries, such as India, where up to 30 per cent of power output is stolen somewhere along the line, he says. Smart metering enables electricity companies in such countries to accurately pinpoint exactly where their power is going missing and to take remedial action.
The savings to be made by households in the UK able to pinpoint more accurately when and where they are wasting electricity are therefore largely illusory – people already know that they should change their light bulbs from halogen to energy savers and LEDs, and that they should turn off televisions, computers and other devices they are not using in order to save money.
Besides, the big energy consumers are non-negotiable, such as refrigerators, while the scope for running many items of equipment at off-peak hours are minimal.
In other words, consumers will never recoup the £11.3bn costs as the savings simply aren’t there to be made, or the small savings that could be generated could equally easily be made using much cheaper and simpler technology.
Take, for example, the “in-home displays” (IHDs) that will connect wirelessly to smart meters to provide a read-out of power consumption, anywhere in the home, says Hunn. In the age of the Wi-Fi-enabled tablet computer and smartphone, such a device is an unnecessary (£450m) extra expense.
Nor will they be accurate. Instead of enabling users to log-in directly into their account on their utility provider’s billing system to see how their bill is totting up in near-real-time, they connect only to the smart meter, which will not be able to reflect all the billing information.
This, though, is the architecture drawn up by utilities and metering companies, and approved by the Department of Energy and Climate Change (DECC). Market makers
The reason, says Hunn, is that for smart metering to provide truly near-real-time billing and usage data would require utilities to drastically overhaul their own billing systems. Based largely on old mainframe technology, and often cobbled together following multiple acquisitions, mergers, demergers and divestments, they are unable to take minute-by-minute data feeds from smart meters – let alone provide minute-by-minute access to accounts by consumers.
Utilities and their metering suppliers, with whom they enjoy close, long-term relationships, have therefore designed a smart metering system to suit themselves and their current infrastructure, he believes, for a variety of reasons.
First and foremost, with the cost of smart meters being met by consumers, it is in the utilities’ interest to put as much of the cost of the rollout into the meter, and hence pass it on to consumers, rather than select an architecture in which they will have to bear more of the cost.
Utilities told DECC that it would cost between £1m and £100m to upgrade or install new billing systems that would be capable of handling genuinely smart metering.
Second, he argues, the traditional meter makers are ill-equipped to comprehend and absorb the technology that smart meters require, such as wireless communications.
“Most meter manufacturers are metal bashers by background. They have had communications technology thrust upon them. That’s where, to a large degree, they have been mugged by companies that can’t find a market for their technologies, which don’t necessarily work too well,” says Hunn.
http://www.computing.co.uk/ctg/feature/2321742/smart-meters-an-it-disaster-waiting-to-happen
Posted by EMF Refugee at Tuesday, January 14, 2014 No comments: Links to this post

To all governments of the world: Stop exposing the population to LTE (4G) technology until proven harmless

To all governments of the world: Stop exposing the population to LTE (4G) technology until proven harmless

This petition is awaiting approval by the Avaaz Community 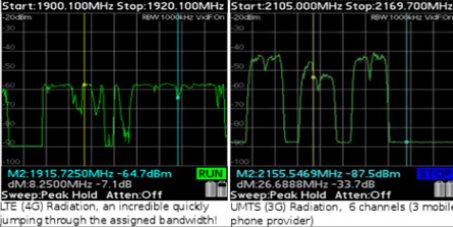 Why this is important

LTE exposure affects the brain neural activity in both the closer brain region and the remote region, including the left hemisphere of the brain.
http://www.ncbi.nlm.nih.gov/pubmed/24012322
LTE uses Orthogonal Frequency Division Multiple Access (OFDM) for downlink which enables a high peak data rates achieved in high spectrum bandwidth and Multiple Input Multiple Output (MIMO) refers to the use of multiple antennas at transmitter and receiver side. Until now there is only 2x2 of MIMO in use. What will be the effect on our brain functions when 10x10 MIMO will be in use?
This technology has never been tested in relation to our health.
https://secure.avaaz.org/en/petition/To_all_governments_of_the_world_Stop_exposing_the_population_to_LTE_4G_technology_until_proven_harmless/sign/
Posted by EMF Refugee at Tuesday, January 14, 2014 No comments: Links to this post

Posted on January 13, 2014 by onthelevelblog
If you would like to watch the censored version of Tom’s Mountain View speech you canwatch it on YouTube.  (sanitized so all disturbing public comment regarding cancer and wireless is safely removed- you may wish to leave a comment)
http://stopsmartmeters.org/2014/01/13/video-of-wireless-protesters-disrupting-tom-wheelers-speech/
Posted by EMF Refugee at Tuesday, January 14, 2014 No comments: Links to this post

What do you mean you won’t forward this information?

What do you mean you won’t forward this information?